The Everything Auto Blog

Traditional Dent Removal Vs Paintless Dent Repair: Which One Is Better?

Your car is not immune to dents and dings. And such issues will always call for an auto body repair. However, not all auto body repairs are the same. It's therefore imperative to understand what will work best for your car and the extent of damages you have. You can choose between the traditional or conventional methods of dent removal and the more modern paintless dent repairs. Each method can work to restore the body of your car back to its original condition. However, you need to know when to consider each method for the best results. This guide below will help you.

The Cost of Repair

One distinguishing factor between the two methods of dent repair is the cost. Paintless dent repairs are usually cheaper than their conventional counterparts. That's because of the difference in complexity of the repairs in both methods. Conventional dent removal tends to be more complex and involves more labour work. Repair work using traditional methods starts with grinding off the paint using a sander. The metal will then be banged into shape before the spaces are filled with putty. Last, the body will be sanded and then sprayed with a primer before a base coat and a final layer of paint is applied. With paintless dent removals, on the other hand, the metal will simply be pulled back slowly before being pushed carefully back into the required place. The surface will then be straightened and smoothened using a straight-light tool. Based on how each process works, traditional dent removals are usually more involved, which is why they will also cost more.

How soon do you need your car? If urgency is your major concern, then a paintless dent removal would be the most ideal choice. The process is less involved and can be completed within a shorter time compared to traditional dent removals. It's also cost-effective because  you can have your car as soon as the same day, and you don't have to plan for a car rental, which is often the case with traditional dent removals.

Paintless dent repairs may be less expensive and not as time-consuming as traditional dent removals. However, they don't work for all types of dents. Usually, the mechanic will assess the degree of damage before deciding whether a paintless dent repair will work. For the sharper and more serious dents, traditional dent removals will be the best choice.

For more information about these options, contact a local car repair shop. 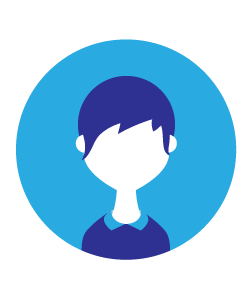 Welcome to my fabulous new auto blog. I decided to start writing this blog so I could put down in words some of the great ideas I have about how you can maintain and improve your car. Although I am not a mechanic, I have a lot of experience of working on my own car. I have also had a lot of guidance from my father-in-law. My father-in-law works in an auto repair shop so he knows just about everything you could want to know about how to repair and maintain a vehicle. I hope you love the articles on my blog.